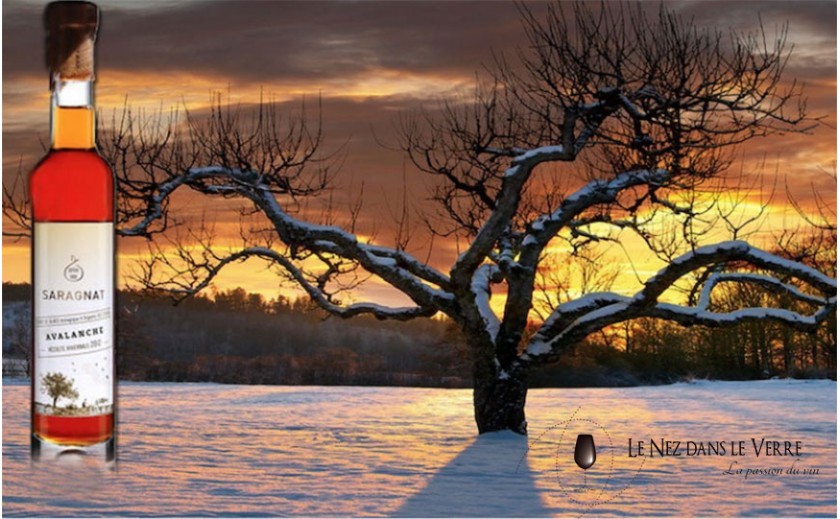 It is in Frelighsburg, on the site of one of the oldest orchards of Quebec which extends its 35 ha at 220 meters of altitude on the sunny slopes of the Mount Pinacle, sentinel of the Appalachians, that Louise Dupuis and Christian Barthomeuf founded , in the spring of 2003, Clos Saragnat.
The site, chosen because of its privileged geographical location, 1 km from the US border (Vermont) and therefore on the 45th parallel, enjoys an ideal sunshine for a vineyard.

Christian, who was one of the pioneers of contemporary viticulture in Quebec, planted the first vineyard in Dunham in 1980 and founded the Domaine des Côtes d'Ardoises, created ice cider in 1989, then planted the first Sutton vineyard as well as Frelighsburg.
Clos Saragnat is also a research center specializing in viticulture and fruit-making.
Winners of numerous awards, and rewarded with numerous gold medals and other awards, he has also designed Chapelle Ste Agnès and contributed to the national success of The Hidden Face of the Apple, and international Domaine Pinnacle.

Christian develops the wines and ciders of "Clos Saragnat".

Louise, who worked on the cultural development of the famous "Chapelle Ste Agnès" vineyard for three years, brings all her know-how to the cultivation of the vines and the care of the fruit trees of "Clos Saragnat.

The first Ice Cider was created by Christian Barthomeuf during the winter of 1989/1990 and the first bottles carry the 1990 vintage.
Christian operated this product in Dunham under the name "Pomelière" from 1992 to 1996.
The authorities refused the name of Cidre de Glace and the product was then called Sweet Cider, Strong Cider or Cider very soft.

At the end of 1996, Christian was hired as a consultant by the Pouvac orchard in Hemmingford to design a cider house and develop this famous cider, including Quebec.
began to hear. He suggested renaming the small farm. Christian's suggestion was accepted; "Verger Pouvac" became "The Hidden Face of the Apple" then Neige and Frimas were born. 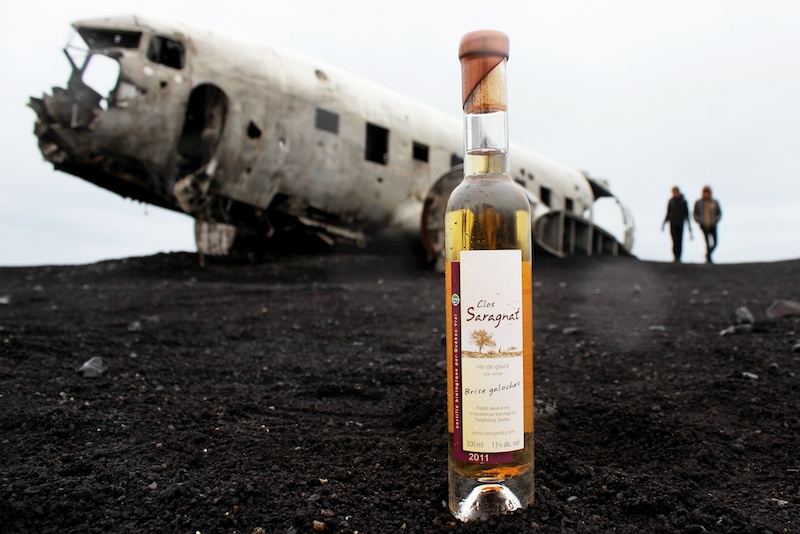 It was not until July 1999 that St. Nicholas' Cidery St. Nicolas finally obtained from the authorities the right to call it Ice Cider.
It took 10 years for this fabulous product to finally get the name it deserved.
The mention Cider of Ice appears on the 1998 vintages (bottled in 1999).

In 2000, "Domaine Pinnacle", a young company with an orchard in Frelighsburg, also called on Christian to develop Ice Cider.
This fast-growing company has boosted Ice Cider around the world in four years. It was also for Domaine Pinnacle that Christian Barthomeuf produced the first sparkling Ice Cider in 2004.

At the same time, in 2002, Louise Dupuis and Christian Barthomeuf created "Clos Saragnat" still in Frelighsburg, on the site of a very old orchard,
with the goal of developing a winter picking ice cider and different appetizer ciders. "Clos Saragnat" also produces Straw Wine and Ice Wine; all in organic farming.

The "Fundacion de la Sidra" and the "Museo de la Sidra" in Spain recognized the first this invention and handed the PREMIO 2007 to Christian Barthomeuf. It was followed by a declaration in Parliament in Ottawa the same year and the Ice Cider World 2008 also officially recognized the invention.
It was again in 2008 that Christian won the 45th gold medal for his various vinifications (Wines and Ice Ciders).

The honors and recognitions did not stop there because Christian received an invitation to an official dinner in Ottawa with Prince Charles and the Duchess of Cornwall.
A brief and warm private conversation between Prince and Christian ensued.

On June 24, 2011, this time, the Governor General's Award for Tableware was presented to Christian, still in Ottawa.

After developing a few million bottles for the two big companies mentioned above, Christian decided in 2003 to make ice cider without any treatments on the apple trees and without any chemical additives in the finished product.